Best Cubicle And Workstation Designs In 2021 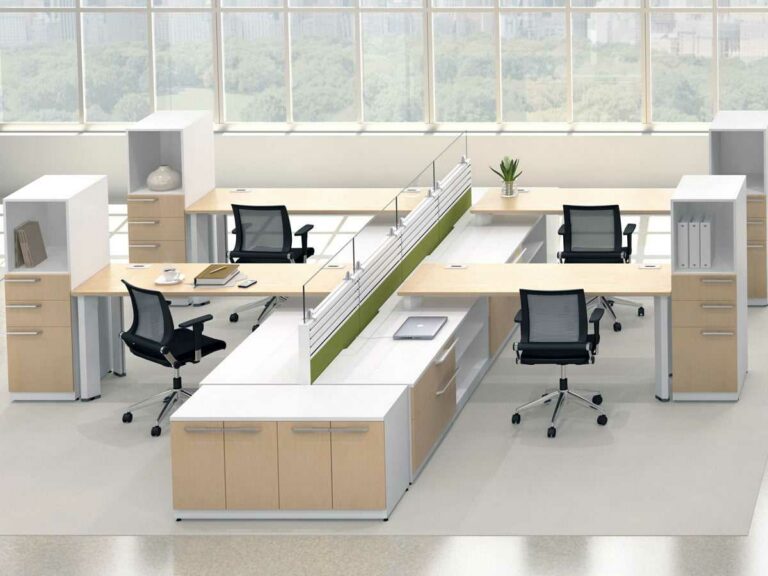 The right cubicles and workstations can make all the difference in an office space. Office Furniture can change how your customers view your business, and the ways your employees keep safe and management engages employees. The right cubicle and workstation configurations is essential. Open office plans have taken a backseat to safety during the pandemic to create safe workplace distancing options. As one of the largest office workstation and office cubicle suppliers in Florida, we see lots of different designs, materials and installation setups to maximize space and look aesthetically pleasing. With the right design, your office can look completely different. So we went ahead and shared the best tips tricks, and way to handle office cubicle and workstation implementation.

The right cubicles allow you to design, grow, and expand your employee count as your company grows. Furniture should be easy to build upon and add workstations as needs increase. Looking for the right panels for your business has never been so easy. This has become an increasing need in today’s society and the market has responded with good looking and safe items for business owners to operate. You can get a totally new office cubicle systems, order used business cubicles, or piece together partitions by adding panels. Fabric, wood, and glass panel options are available to keep your work room looking the way you want it while maintaining workplace distancing protocols. Panels and benching systems come in fabric, glass, and laminate with many different color variations. 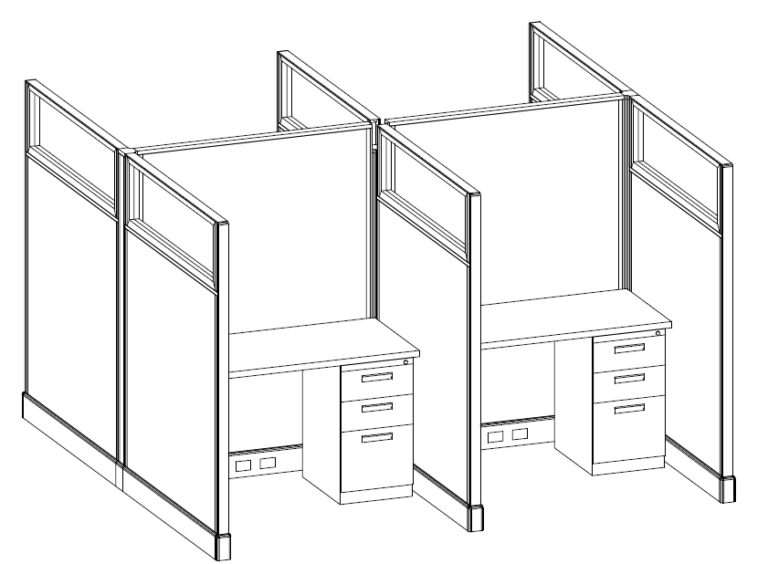 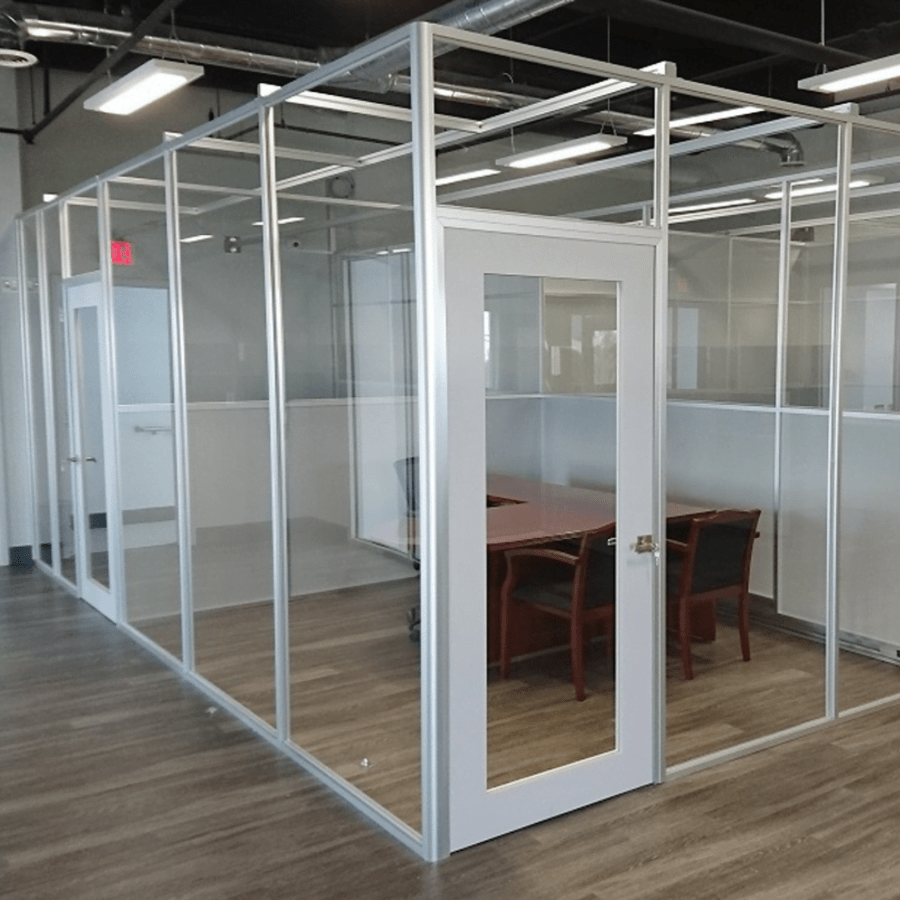 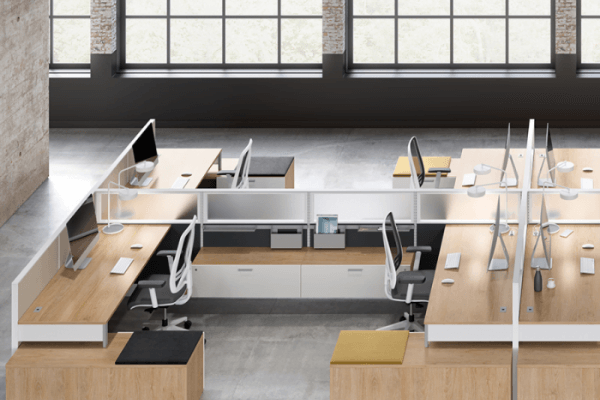 Office Cubicle And Benching Systems Designed For Comfort and Utility

These workstations come in many varieties with storage, adjustable desks, privacy walls. We stock cubicle and benching systems from Lacasse, Global, Friant, and many more manufacturers as well as our own InStock product line. In addition to having many different variations, we are the largest cubicle and workstation liquidators in the state of Florida so we keep the latest used cubicle furniture inventory on hand. Startups and large companies often utilize large open spaces to make their offices large, expandable, and appealing to customers. Our workstations fill the spaces, create safety, sound barriers, and are built with durable material. , Our workstation furniture provides the best design and help to efficiently fill space. Shop all custom commercial cubicle and workstations

Our Work Station accessories allow cubicles for employees to become fun, easy, and efficient. Privacy Screens and panel resources are easy to add on. The best panel systems are very affordable and we also have in stock and used options for businesses that want price effective options. are windowed privacy screens that allow quick creation of portable cubicles or temporary workstations. The acoustical fabric provides some sound-dampening, while the built-in polycarbonate window allows some visibility while maintaining employee privacy. Create effortless cubicles, workstation dividers, or testing areas.

Accessorize Your Cubicle With Furniture Products

We carry computer support, keyboard support, monitor support, paper management, power and charging stations as well as wire management. These cubicle accessories get rid of clutter in the workstation. We also provide tabletop privacy screens, these designs provide privacy while adding a design aspect to any cubicle or desk workstation. Having privacy can improve employee focus, productivity and concentration affordably, or create private testing stations on any tabletop. Shop all cubicle and workstation accessories.

History Of Cubicles: And Why They Are Making A Comeback

Cubicles came to popularity in the 19560’s. If you ever watched mad men on TV you know that the 1930s were filled with corner offices and glasses of bourbon in the workspace. so what changed? Robert Propst, a designer for  Herman Miller, came up with a design for the first cubicle. Propst studied how people worked and wanted to improve on the open-bullpen office that many had grown up with during that time.

The Rise Of Cubicles

Corner offices were sheek until around the 1950’s and 60’s when companies fell in love with cubicles because they saved money. It didn’t happen right away, but once companies realized they could cram more people into an office and save money, companies all of the US started buying cubicles at alarming rates. The office furniture industry took a major shift because it became possible to fit more employees into a space without putting up structural walls and permanent structures. Large companies hopped on the bandwagon and started implementing modular desks and cubicle office furniture which allowed them to fully utilize their space.

Forbes published an article in 2016 that said this about cubicles”Problem is, employees hate cubicles, so much so that negative, mocking references to them became a major “thing” starting in the late 1990s. Ever seen Office Space or enjoyed a Dilbert comic strip? Employers should probably hate them, too, though. A recent study conducted by Oxford Economics reveals that employee satisfaction and productivity are affected quite negatively by distractions in the workplace caused by cubicle setups. They got a bad wrap because cubicles were very commonly utilized in call centers where employees had to make hundreds of outbound calls per day and face rejection.

The Second Coming Of Office Cubicles

So why are cubicles still popular. For one, cubicles don’t look the way they did in the 1960s. Companies have innovated and created accessories where cubicles can now feel more like a home than a cramped space. Similarly, they are still price effective. In 2020, cubicles have again made a major comeback because of the pandemic. Office cubicles are safe and adhere to workplace distancing guidelines. Desks can be adjustable in height while employers can shop for partitions without having to get a completely new office. This keeps everyone in the office safe and happy while maintaining price, job security, and health. Reimagining cubicles to be comfortable instead of feeling like a prison cell is possible. 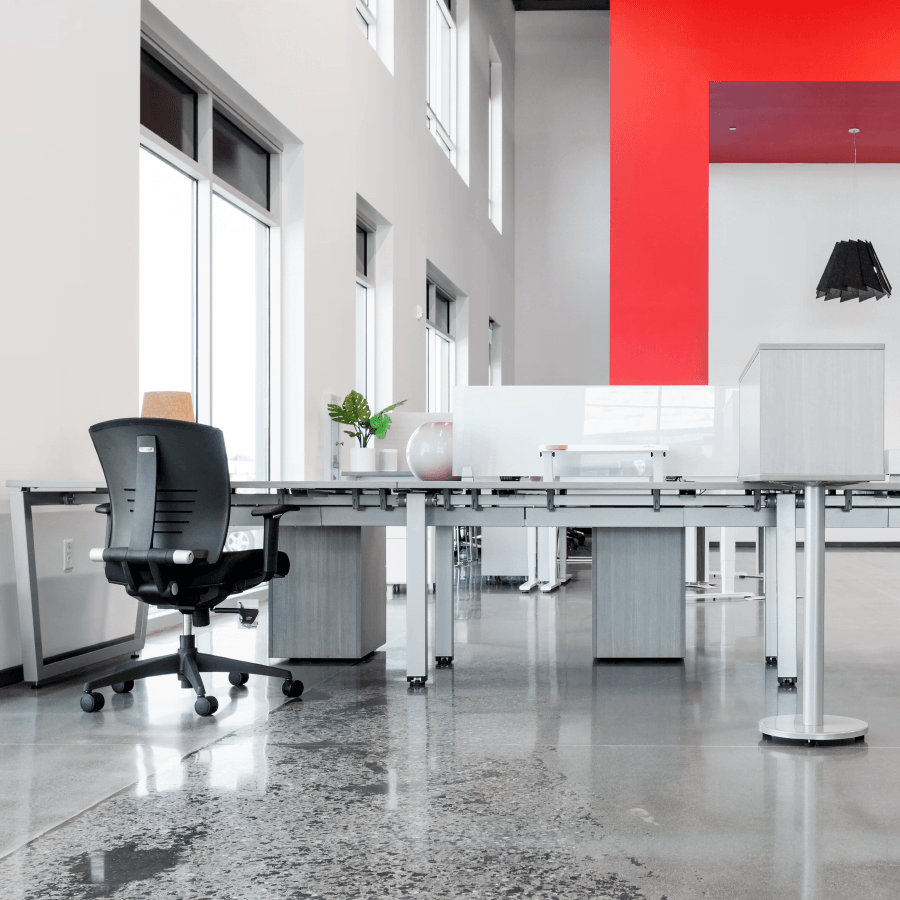 The new york times just published an op-ed where they discussed office furniture makeovers for the coronavirus.  This is what they said “the actual disease experts say that a virus-free office environment is a pipe dream. Dr. Rajneesh Behal, an internal medicine physician and the chief quality officer of One Medical, a primary-care chain that recently held a webinar for businesses on how to reopen, said, “A core message is, do not expect your risk goes down to zero.” Research shows that the best way to keep employees healthy is to provide a great sick leave policy and encourage workers to stay home when they aren’t feeling well. Beyond that, establishing safe workplace distancing protocols supplemented by cubicles and partitions can be extremely helpful. If you are a business working on plans to safely re-engage employees in the workspace, Office Furniture Warehouse is here to help consult with you on solutions.

Cubicle set up delivery and installation is easy for us at Office Furniture Warehouse. We install and break down hundreds of cubicles a month. When you shop for office furniture with us, we have the resources, material, manufacturing and customer support to make your search simple. We have the largest inventory of Instock office product configurations in the entire state of Florida which is one of the great benefits of working with Office Furniture Warehouse. Contact us today at our showrooms in Miami and Pompano! 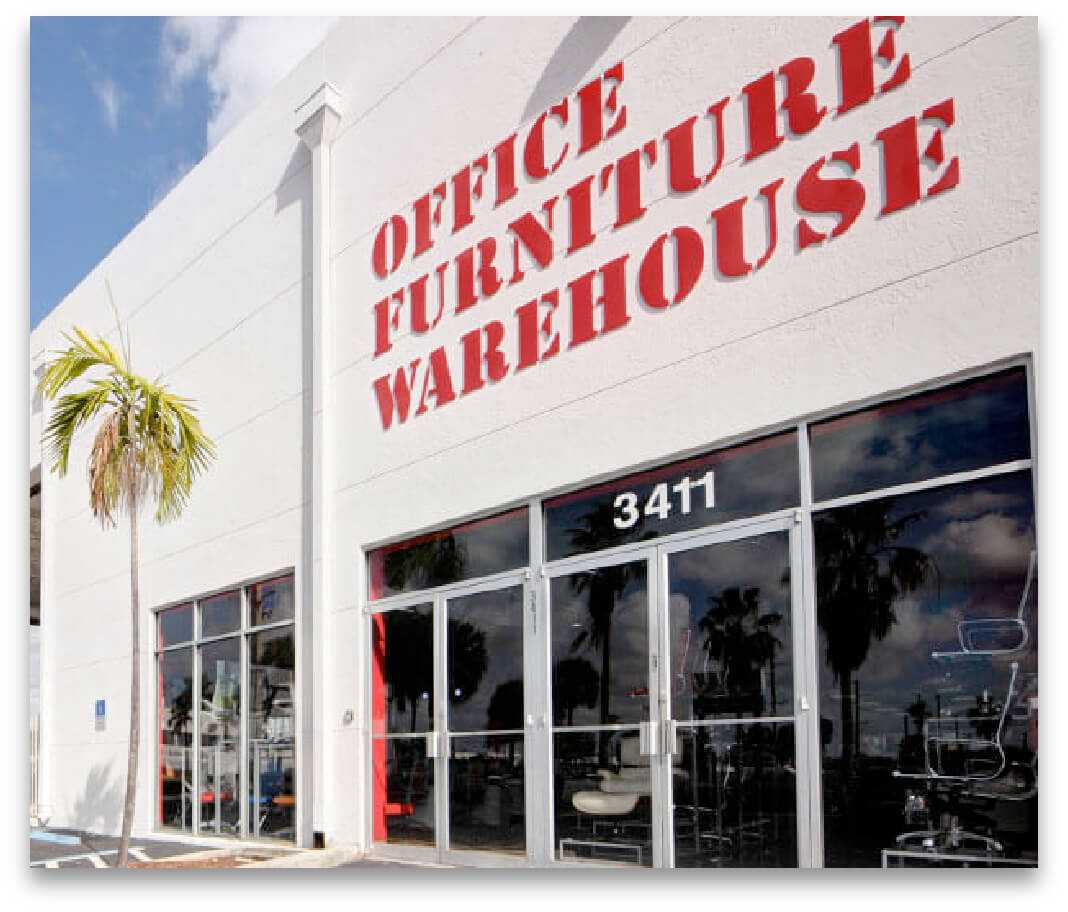 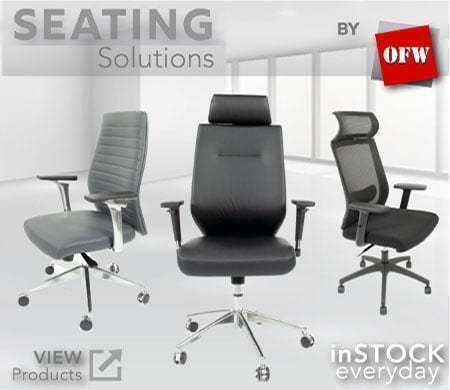 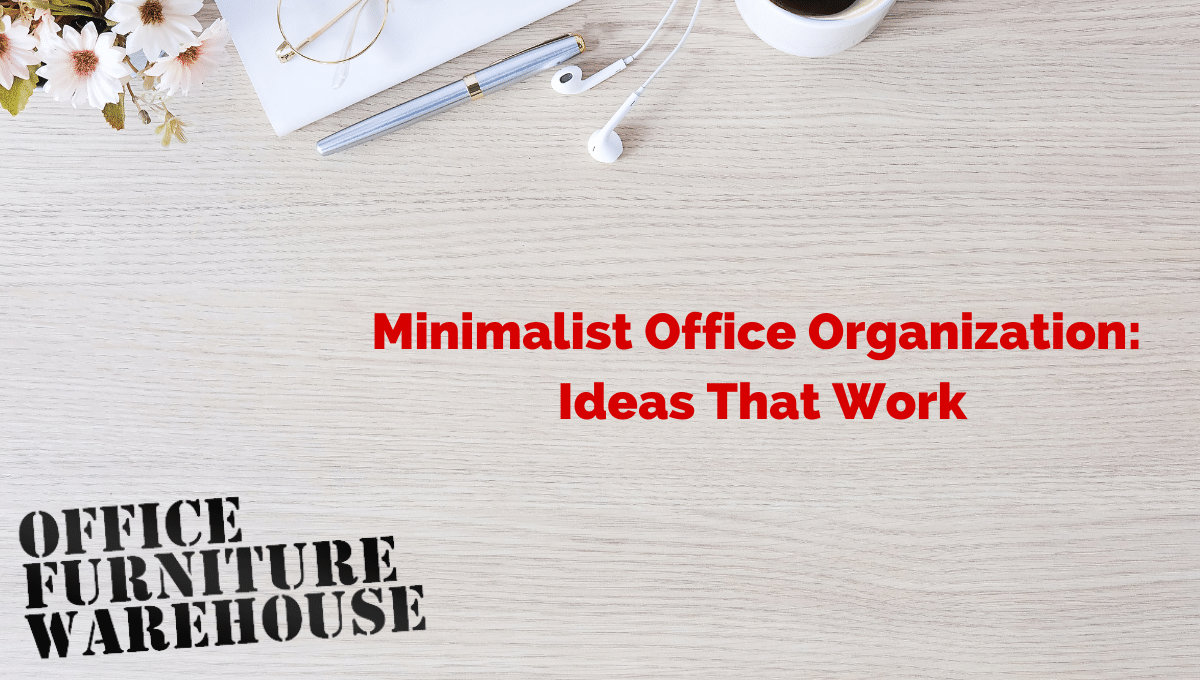 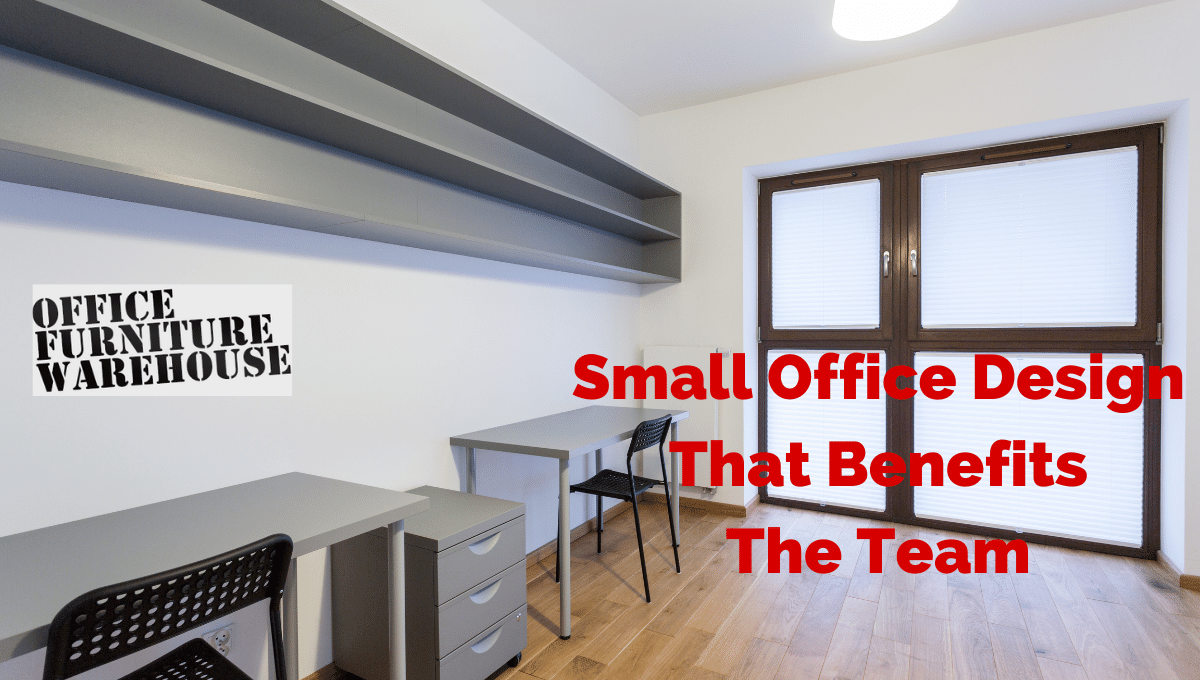 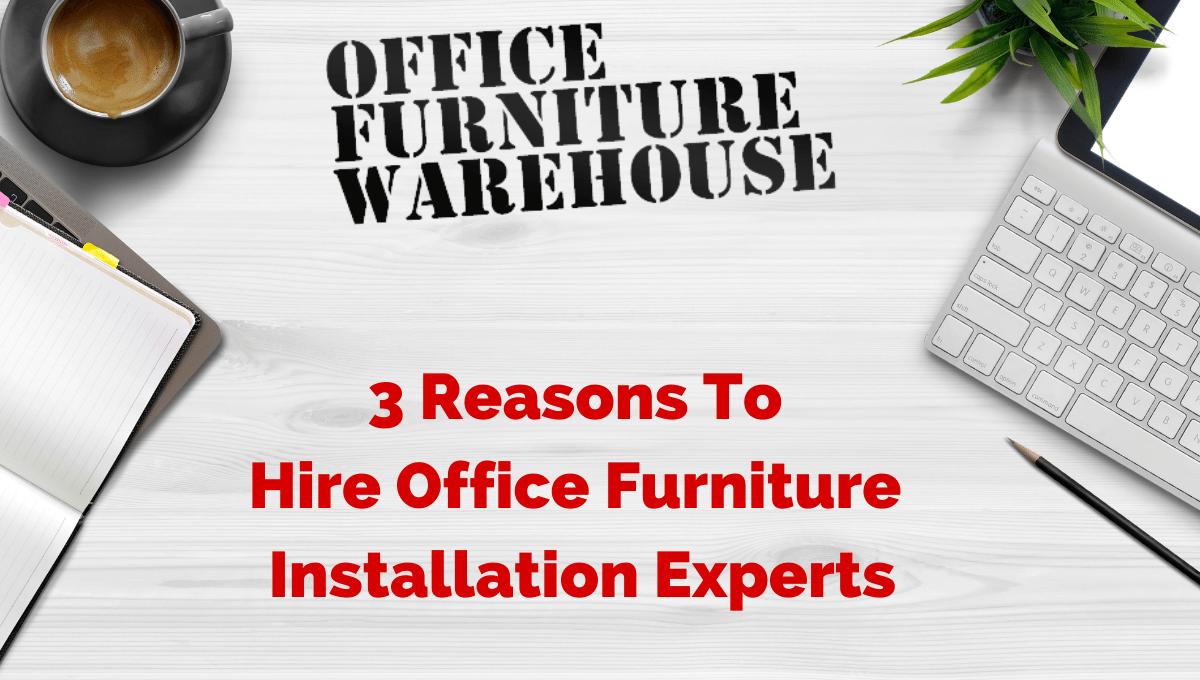 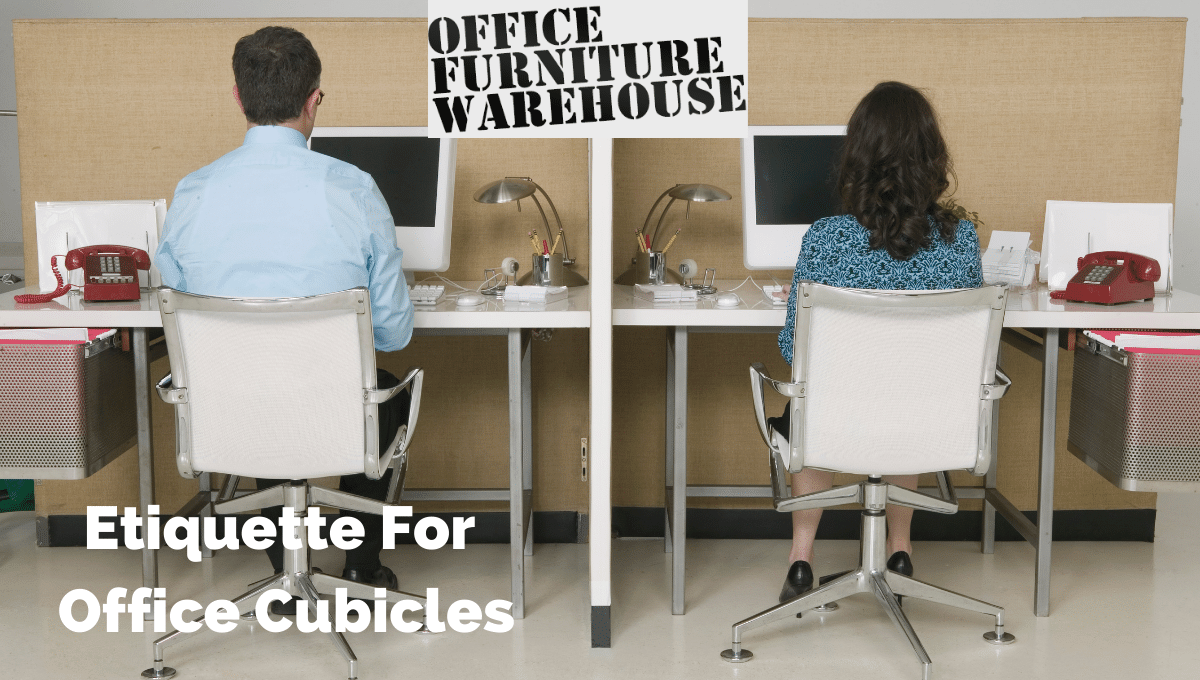 The idea of minimalism emphasizes on the fundamental thought of less is more- that you can do more with the little in hand. A bird in hand is worth two in the bush, basically. Most folks get stuck on the Kondoesque understanding of minimalism- decluttering. It is important, but it is not the end in

A suitable mood is a crucial aspect of office design. Your team’s efficiency, production, morale, and overall attitude can all be affected by the design of the office and the tone it communicates.  A well-designed office conveys a lot about your company to your clients and employees. To those who see it, an attractive, orderly,

Relocating your business to new premises or redesigning your office interior? While it’s tempting to save the extra money and take on these jobs yourself or with your team, you’re far better off partnering with a professional office furniture installation service. Office furniture assembly can be challenging, especially when you’re a business owner that prioritizes

According to the American Time Use Survey, the average American spends nearly nine hours a day at work, which means his or her office space easily qualifies as a home away from home. And because today’s offices are often in the form of cubicles or open configurations, it’s important that our behavior and habits in 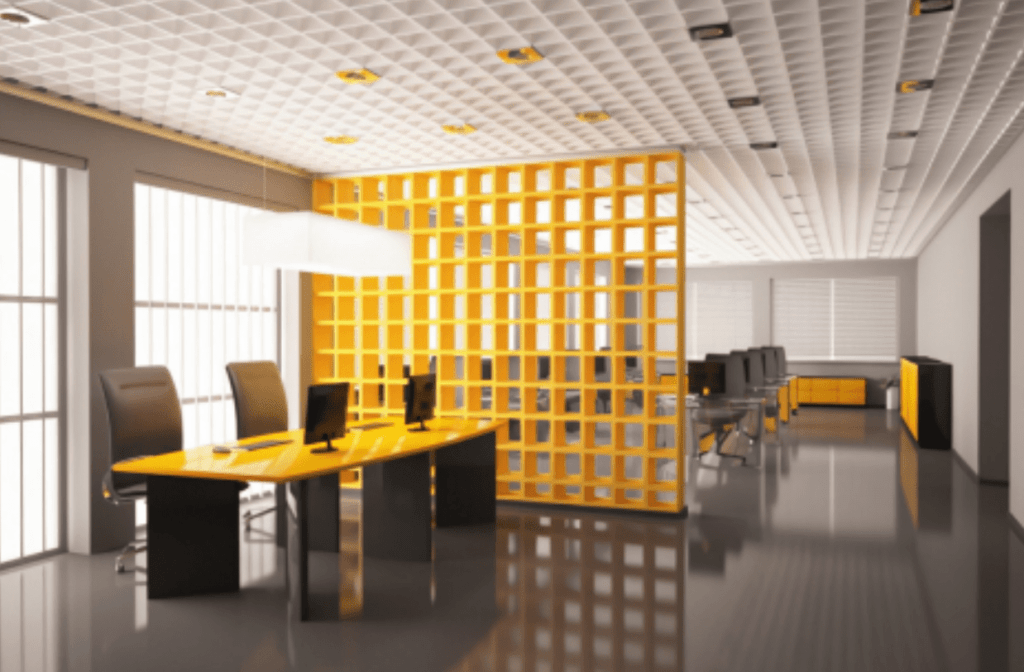